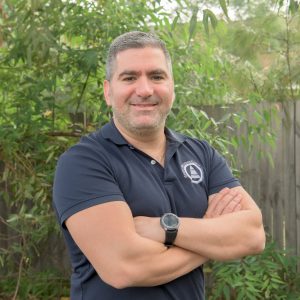 During his many years of practice Sami has had the opportunity to travel to Europe and work with elite athletes at the highest level. He is currently a consultant for the Barcelona Total Tennis Academy and Catania Football Club (FC) in the Italian Seria A. He has a special interest in Strength Training for the athletes that he treats and uses the same model in rehabilitating common injuries that present in the clinics.

He was a guest lecturer at the University of Western Sydney Osteopathy program, and is a fully registered AHPRA practitioner and a member of the Osteopathy Australia.

Secure your booking below: