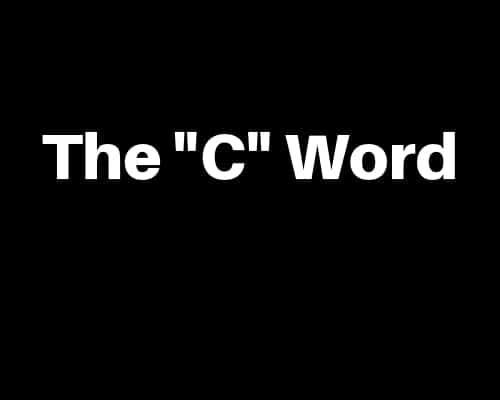 There is nothing more visceral in the English language than the “C” word. This four letter word is a disgusting use of language. This word haunts me on a daily basis, as I listen to patients firing it at me like a Rambo machine gun. I’m not surprised to learn about it’s abhorrent and indiscriminate use in my profession. Everyone from Physios, Chiros, Doctors, Surgeons, Osteos, Podiatrists, massage therapists, personal trainers and dare I say even some Osteopaths use it almost daily. Hell… even life coaches are using this word when dealing with their clients. I’ve even heard of gynecologists throw the “C” word around without hesitation. I have to say this… I’m just sick of it. I’ve been hearing it for the last 15 years and I’m sick of it. I’ve sat on the sidelines for too long. It’s time to inform those who want to listen, about the degeneracy of this word. 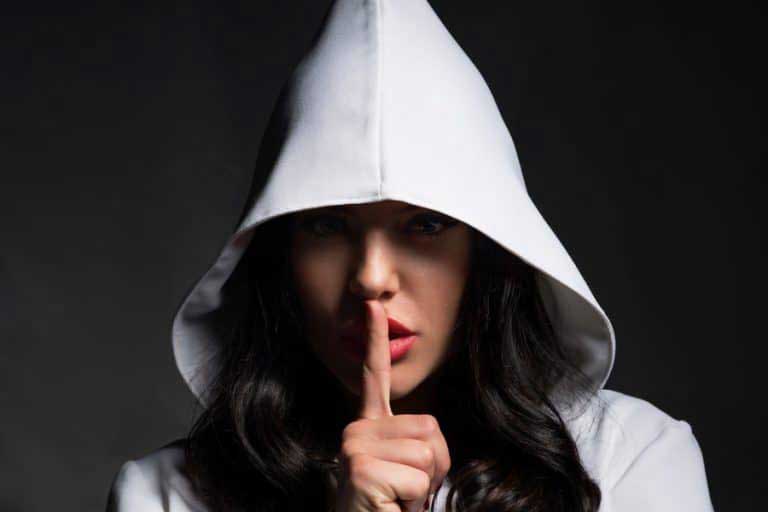 The “Core” and its devil child, “Core” stability is a disgusting four-letter word often showcased by health professionals as some kind of magic piece of anatomy that is the root of all evil in the body. Many a time I have met a patient, and one of the first things they tell me is that they have a weak “core”. When pressed on how they know this they often say that their physio or personal trainer told them so. This is generally a facepalm moment. So here is my take on the “core”. What did you think I was going to talk about?! 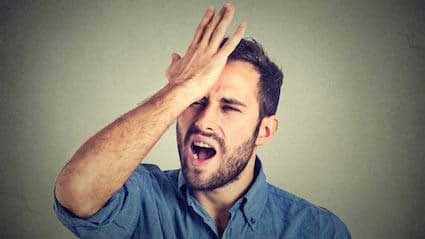 Now anytime I say “core” you’ll always see the quotation symbols around it for emphasis. This emphasis is meant to emphasise how ridiculously stupid the premise of this word is. If it annoys you to see these symbols frequently, it doesn’t come close to how annoyed I am at having to explain the stupidity of the “core” and silly bullshit like “core” stability exercises.

What is the core?

Now, what is the “core?” There are many definitions online, none that seem to agree with precision, but most would tell you that it’s all the muscles around your lower back, abdomen, and midsection, including all the internal muscles that you can’t see on an anatomy poster, and the tiny muscles that connect your spine together. Up to about 30 muscles in total. Now that sounds pretty important right? Well, it is. I’m not saying it’s not! It’s just not more important than… oh say the hamstrings, that anchor your pelvis anytime you pick something up… or your pelvic floor, that stops you from crapping your pants anytime you lift something over 10kgs. 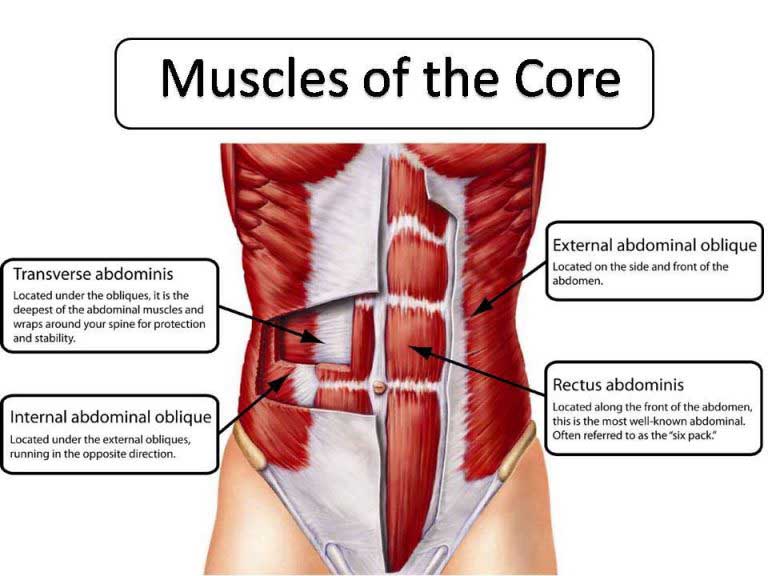 You may have figured out by now that I don’t like the word… “core”. I prefer something like midsection or torso.
Now Sami, aren’t you being a little precious about this?…It’s just a word!

But Sami, isn’t it important to have a strong torso? Why yes it is (and thank you for not saying “core”). It’s just as important as having strong foot muscles or neck muscles.
But Sami, doesn’t a strong “core” stop you from getting lower back pain? I was told that I have back pain because I have a weak “core”. Is that true? 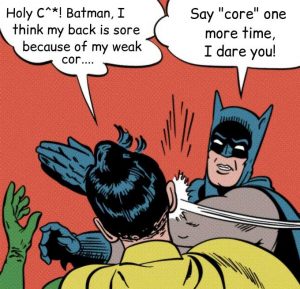 Who in the hell invented this idea. And that’s what it is, it’s an invention because the science doesn’t say that. But science aside, let’s talk common sense. There are many people who have a strong “core” and are in huge amounts of back pain. There are also many fat lazy bums (with a supposedly weak “core”) who have no back pain. Lower back pain is the most frequent debilitator of populations, it puts many people out of action. If treating lower back pain was as easy as strengthening your “core,” wouldn’t you think that we’d have eradicated this mole on our human existence by now.

And even putting all this aside… YOU DO NOT HAVE A WEAK “CORE!” You’re walking around aren’t you?! You’re standing upright. You’re sitting, standing, getting out of cars, carrying shopping! Unless you’re doing these things looking like Mr Spaghetti man, then your “core” is just fine. The muscles in the torso ADAPT to the forces you apply to them. If you want to get them stronger (and there are many good reasons why you should), then you just apply a greater external resistance so that the muscles can WORK HARDER, and ADAPT!

Well why do I need to get them stronger?

Well we don’t really just want the torso to get stronger, we want the whole system to be strong. You maybe a baggage handler at the airport and require a strong bend and lift. You may be a construction worker pushing a wheel borough. You may be a mother carrying 2 kids, with the shopping hanging off your arms whilst trying to find the keys to the car. You may be a hairdresser, on her feet all day, working arms out in front. How strong you need to be is the topic of another discussion. But all of these daily activities require strength, and they require the strength of the whole system, which the torso is a part of. We strengthen the torso by strengthening the WHOLE SYSTEM…THE WHOLE BODY… TOGETHER AS ONE! There is no special group of muscles, there is NO “CORE!!!”
Ok great, that makes sense. I want to strengthen the whole system, let’s do it! So my Pilates instructor wants me on the floor, legs in the air, doing flutter kicks whilst holding my breath, but my personal trainer wants me on a bouncy ball doing crunches. Who’s right? Who do I listen to?

Sometimes you just gotta laugh. Like when you watched the movie Dumb & Dumber (the original one). You laughed your ass off. And when your friends who hadn’t seen you asked you what the movie was like, you just replied…. oh it’s just silly bullshit. And that’s what leg flutters and bouncy ball crunches are; and every other circus freak act exercise with a ball that you lay on, or planks, bridges, crunches, dead bugs, ab roller, ab blaster or ab [insert weapon name here] are…. they are just SILLY BULLSHIT. They are a waste of time. They do nothing to engage the whole system. The only thing they might do is make you feel a little burn in your abs and then you’ll be sore for the next day or two. But you’re not actually stronger.

There are many things wrong with these movements, but I’ll just mention two.

But Sami, everyone is doing these! they’re all over my Instagram and everyone at the gym is always bouncing around on a ball. Why do they do this stuff if it’s a waste of time?

Well, because it’s easy to coach and it looks good on Instagram. They can do their crunches for 5 minutes, with relatively small discomfort, and feel like they have a strong “core.” Where in fact they’re not stronger, they have just created some muscular damage with lots of repetitions. Planks and crunches aren’t overly difficult things to coach, and having you do them on a bouncy ball makes it look like the trainer has some neuvo fashionable technique. They can take a video of them doing these things on the floor or better yet, rolling the ball up a wall, put it on their @beastmodetrainer account with silly bullshit hashtags like #corestability and #antirotation! 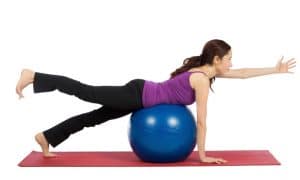 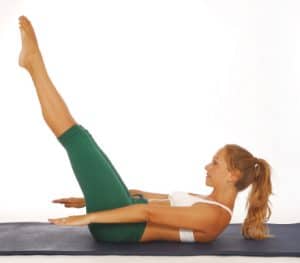 But these do nothing to strengthen the whole system, or even stabilise it. The definition of Strength is the application of force against an external resistance. So if you want to get stronger, you need to apply more force to progressively heavier objects. This is best done in a simple, smart and safe way, with the most efficient movement. Notice I didn’t say easy. Simple is not always easy. Actually it’s generally harder. Which is mostly why it’s not always fashionable. So tell me then… how do you plan to effectively add more external resistance to muscles that attach to the spine, whilst bouncing around on a ball doing crunches, or kicking your legs up in the air?! The only thing that’s going to do is hurt your hip flexors and GIVE you lower back pain, NOT PREVENT IT!
Well so then what do I do Sami? How do I get stronger in my “core?”

Finally… we have arrived at the non-silly bullshit question! Actually that’s a very good question that everybody should be asking. 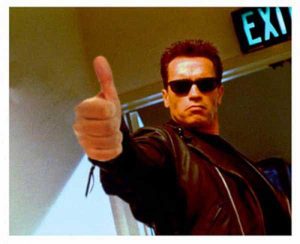 And guess what happens when you put some weight on your back and you have to lower the weight and then lift it up away from the floor, as in the squat (performed correctly)?

And guess what happens when you have to pick up a heavy bar off the floor using the correct deadlift technique? 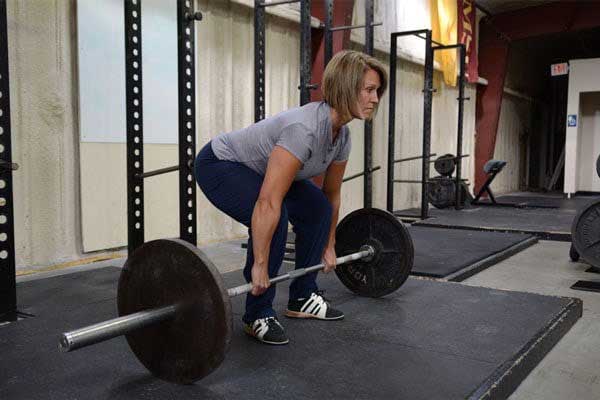 And guess what happens when you have to press a heavy weight over your head? 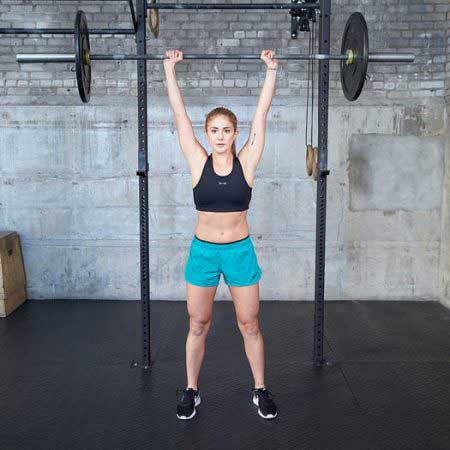 And guess what happens when you have to pull up your rigid body from a hanging position? 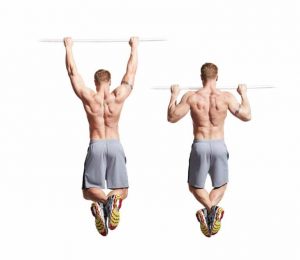 I am repeating myself… and I do this on a daily basis. Are you finally understanding now?! Now this will piss off a lot of Pilates people, and probably most trainers and physical therapists and exercise physiology people, whose livelihoods rely on telling you tales about the importance of a strong “core,” and their methods for helping you. Now these methods may have an effect for beginners (small as they may), because anything works for beginners. But I say they’re a waste of time because they’re not the MOST effective ways of getting stronger. If I’m going to spend time exercising and training, I want that time spent to be the most beneficial. I don’t want to spend time with silly bullshit. Pilates may be less silly bullshit than say … that hot yoga cult… but it’s not the most effective thing you can do. 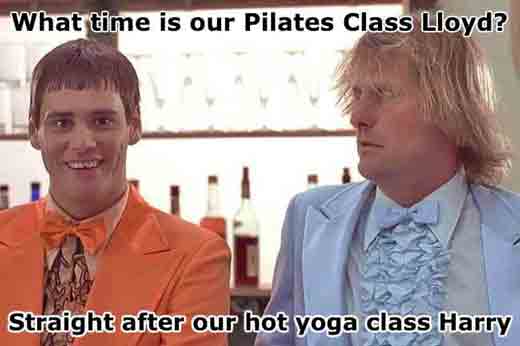 And I write this having been subjected to 6 months of Pilates training during my time at University. Apparently that was our exercise prescription training. Whoever thought that was a great idea must have been really short on great ideas. What a waste of time that was.

So please… take it easy with that four letter “C” word you throw around at me in the clinic. I mean… if I have to keep explaining myself, it ends being a core of a day! 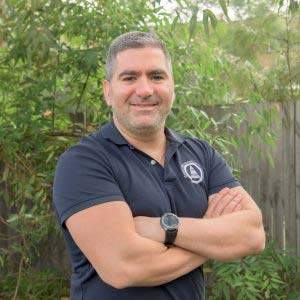 I’ve been a qualified Osteopath since 2004. I’ve been playing football ever since I could remember and I have a passion for it. I’ve played at the highest level in the NSW State League at both Youth and Senior levels, and have also been Head Physician at numerous State League Clubs. I’ve travelled internationally and consulted with Sports academies in Barcelona and Italy. I have a special interest in Strength and Conditioning for footballers, as I believe it gives them an edge in their physical competition. My passion involves bringing all of this knowledge into every single treatment that I provide for all athletes. If you feel that I can help you and want to reach out to me, contact me.